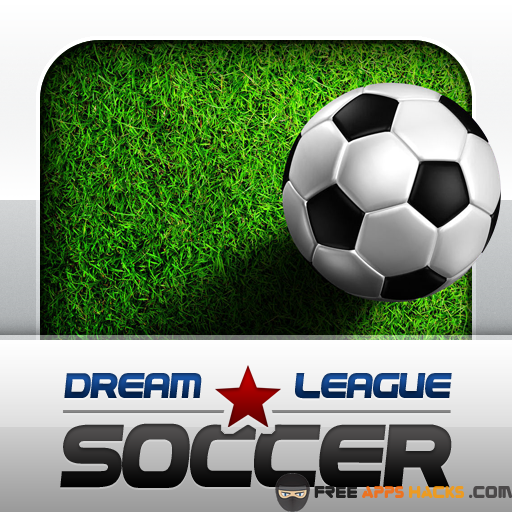 Success is merely a destination, it’s the journey to becoming a champion that molds boys into men and turns unknowns into legends. Dream League Soccer embodies this struggle, you are bequeathed the sorriest team to ever step on the pitch, and through hard work, penny pinching, and relentless practice you can turn this team of unknowns into a world renowned heroes.

Originally released December 2011 from the makers of Winning Score and First Touch Soccer, Dream League Soccer has gone on to become the #1 simulation game in Korea and a top ten ports game in the UK, Italy, Germany, Japan, the Netherlands, France, Russia, and Belgium. The reviews tell the same story, with a 4.5 rating in both the Google Play Store and the iTunes App Store, as well as tens of millions of downloads on each platform respectively, it’s safe to say that this is one of mobile gaming’s flagship sports games, the equivalent of FIFA Football for consoles and PCs.
Dream League Soccer is free to download but it does offer in app purchases of coins, the in game currency, ranging from $1.99 to $54.99. Dream League Soccer contains in app third party advertisements which will be disabled provided you make any purchase of in app content.

The world of soccer in Dream League is a little different from the real world situation. In this scenario domestic leagues no longer exist and all teams compete globally in four divisions. This new situation may take some getting used to but ultimately it’s a great democratization for the sport, if you finish at the top of your division you have the option of upgrading to the next highest division, ultimately it’s possible for even the worst team to end up a world champion. First you must select your captain or create your own captain. I’d recommend creating a captain as not only do you get to exercise a little creative control but your created character automatically gets an 80 overall rating, higher than any already existing options. When you’re done with that go into the training option under “my club” and figure out the controls. The controls are straightforward, there’s a simulation analog button on the left side and some virtual buttons on the right side.

There are several ways to get free coins in Dream League Soccer. The first is to connect your Dream League Soccer app with Facebook and twitter for a cool ten coins each. The next is to watch advertisement videos which give you 30 coins a piece. I usually just pick a time when I’m not doing anything and I’ll go to the free coins tab on the homepage and I’ll begin the advertisements, whenever one is finished I’ll just click the “free coins” button until the game runs out of advertisements (usually around 3-5). The ads repeat after a couple of hours and that’s when I’ll repeat the process again, I’ll click play on a couple of videos during a commercial break or while I’m eating and just like that I’ll get several hundred coins a day by watching videos that most games force you to watch anyway. Some of the videos have been so entertaining that I clicked on them and found a new game or website that I enjoy, in fact, one of my favorite mobile games “Asphalt 8” I discovered while watching advertisements on Dream League Soccer, you really never know what you’ll find. The next way to earn free coins is to complete the in game objectives. Right before the match begins when you’re on the rosters screen if you look at the bottom you’ll notice three objectives that if completed will add to your overall points total at the end of the game. Usually these are fairly easy to complete like “score in the first half” or “keep the opponent at 1 point”, sometimes they’re a bit more difficult asking you to get a hat trick etc.

In addition to in game objectives there are also season wide and career objectives that once completed will get you a lot of points. Every time you win a game you’ll get around 20 coins and based on the stadium you have and which league you’re in and even which cup you’re playing for, you can earn bonus coins.

You start off with a pretty basic stadium but to upgrade to the next highest class you’re going to have to upgrade your stadium as well. Stadiums are the single biggest purchase you will have to make with higher end stadiums going for thousands of coins. The upside is the better the stadium you own, the higher your stadium bonus is. Some basic math will tell you that getting the best stadium you can afford will ultimately pay itself off if you’re playing Dream League Soccer in the long run. However, until you get to S class there’s really no reason to buy the most expensive stadium you can afford as you’ll have to replace it anyway to upgrade to the next level. For this reason I recommend getting the cheapest stadium you can afford until you reach the Elite S class.

Now, back to season and career objectives. To get to the next highest class in Dream League Soccer, you’re going to need to finish at the top of your current class, number 2 won’t cut it. Throughout the season you will play season games that count towards your overall ranking, scrimmage games that count for nothing but they can get you more coins, and tournament games which don’t affect your ranking but they do dole out a significant sum of coin to the winner and you earn your trophies in tournaments. Each time you upgrade to a higher class, the amount of coins you earn for various in game tasks will increase. But you’re not going to get to any higher classes if you can’t win, this is why team development and subsequently player development, is the most important facet of Dream League Soccer. Identify your teams’ weakest points and develop from there. Instead of spending coins on mediocre players and getting a marginally better team, save up your coins and buy the best players you can. This way your players aren’t just place fillers but can become permanent fixtures in your rosters.

Dream League Soccer makes a big push at emphasizing its multiplayer options, you can play with people from all around the world in 1 v 1 matches, your team against theirs. Also, you can compete against friends and family locally via Bluetooth or Wi-Fi. Unfortunately you don’t get any coins from playing multiplayer games but it is a great way to hone your skills and earn bragging rights as your multiplayer record is saved to your profile. Sign into your Facebook or Twitter accounts to boast about your achievements and compare your score to people you know.

First touch has struck gold for a third time with Dream League Soccer, by far the best ports game for mobile devices, great on the iPhone and phenomenal on the iPad, if you like soccer or FIFA you’ll love Dream League Soccer. The rewards system is equitable and game progression is reasonable. Also, you can play this game 100% free and all you have to deal with are a few advertisements every now and again. Paying will definitely help you get along faster though.

Every aspect of this game is well thought out, if only they could rerelease it for 2015 with upgraded graphics then they would have a nearly perfect game. But then again if you want the 2015 version of Dream League Soccer just download First Touch Soccer 2015 which is made by the same people and is essentially an identical game. Art 8.0/10
When Dream League Soccer came out in 2011 it was on the cutting edge of graphics technology at the time. But 4 years later in technology time is the equivalent of a decade, much more could be done to update the graphics especially the players who all look nearly identical.
This isn’t too much of a problem on relatively smaller devices like iPod touches, iPhone 4s, or even iPhone 5s but on the 6, 6+, iPad, Galaxy, Note, and other tablets, it becomes very much an issue. Otherwise the colors are vibrant and the weather simulations are spot on.
Sound/ Special Effects 10/10
The in game special effects and sounds are great. From the roar of the crowd, the sound of the action, and even the in game commentary are all on point. Dream League Soccer had artists specifically create songs for this game and even if you’re not into what’s available you can use your own music library to create playlists. There’s really nothing to complain about on this front.
Gameplay 9/10
Gameplay is intuitive, engaging, and all around entertaining. I really enjoyed Bluetooth/wifi multiplayer on the local network however I had a lot of issues with connectivity and lagging even though no such issues presented themselves when I would play on online multiplayer mode, even though usually the opposite is true. Also, there need to be more objectives and storylines beyond just in game tournaments, once I have all of my players at 100 rating and I’ve won every possible title there’s really nothing left to the game but to replay old seasons.
Addictiveness 10/10
Very additive game because it’s just so much fun to play and to upgrade your team and players. You want to do anything you can to upgrade to the next level.
Originality/ Creativity 8/10
Indeed this isn’t the first of its kind, nor is it one of a rare breed, but Dream League Soccer does earn plenty of points in the creativity department because it allows you to flex your creative muscle not only in managing your team’s roster but also in many aesthetic departments as well. You have the option of creating your own kit or choosing from the plethora of kits available online, developed by Dream League Soccer fans. You can also exercise control over your choice of stadium your team name, and even your coach. In this way it allows for a customizability that is rarely found in sports games, especially mobile games.
Overall 9.0/10