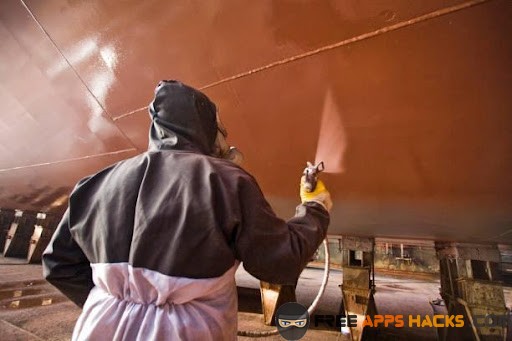 Plasma spraying is a technology that is used to apply ceramic, metal, or cermet coatings on a substrate in many industries. The coatings are expected to provide protection against wear and corrosion. They may also provide functional properties like thermal insulation as well as biocompatibility.

What is Suspension Plasma Spray?

Suspension plasma spray simply known as SPS is a fairly new technology used in materials engineering. It is a type of plasma spraying that uses micro as well as nano-scale features to produce coatings. This is done by making use of ultrafine ceramic feedstock.

The particle feedstock is sprinkled into a liquid suspension before it is injected into a plasma jet. By suspending them in the solution, it gives the particles the momentum they require to get into the plasma plume. This in essence helps to circumvent normal feeding issues. It also allows the deposition of fine microstructures by using finer powders.

Suspension feedstocks are used to coat a wide range of materials such as metal alloys and ceramic. Because the particle feedstock utilized is ultrafine, you can produce a wide range of coatings like segmented, columnar and fully dense. 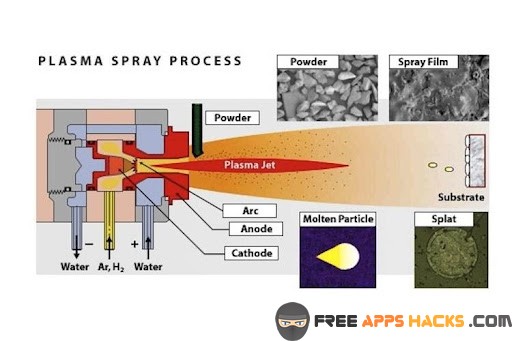 In general, the concentration of the particles present in the slurry is controlled and can range from 5% to 80%. This enables the best combination of deposition rate and coating microstructure to be reached. During an SPS process, the thermal slurry is pushed into the outlet of the spray touch and injected into the spray jet.

The droplets then fragment when this is incorporated into the plasma. The liquid also evaporates and leaves the ultrafine particles moving with speed in the direction of the substrate. Using these fine particle sizes means that uniform coating can be achieved and this can be as fine as 25 microns thick.

When the size of the particle, velocity, temperature and application conditions are controlled, different microstructures may be formed. This is depending on what is needed. The four primary types of SPS microstructures are:

This type of coating is formed when particles with high momentum are applied to the surface of the substrate. This is usually at or close to a 90-degree angle of impact.

The coating segmentation is formed by developing vertical cracks. These are generated by high surface temperature as well as deposition rate. This type of microstructure is resistant to erosion and it looks like a vertically cracked thermal barrier coating.

This is formed when particles with modest momentum flow across the substrate’s surface using a shallow angle. This forms individually porous and vertical columns. The coatings are often described as feathery and can offer a performance that is akin to EB-PVD columnar structures.

Dense is similar to segmented coating. It is also formed when particles with high momentum impact the substrate at around 90 degrees. The difference is the temperature, as well as deposition rate, is controlled to avoid forming vertical cracks.

This is similar to columnar but does not produce columns. It is highly porous and as a result, provides little thermal conductivity. This makes it the best for providing thermal protection.

In addition to all these above, layered coatings of various structures can be generated using a combination of properties.

Plasma spray is used in a lot of industries. For example, it is used as a thermal barrier coating in industries like power generation, aerospace and maritime.

In other industries, it is used as a form of protection against wear, corrosion, erosion and cavitation. You can read more about its advantages as well as its disadvantages here https://degradation2.wordpress.com/disadvantages-of-plasma-spray-coating-2/.

The plasma spray process is a highly versatile technique used in a lot of industries. It offers protection against heat, oxidation, corrosion as well as other operational and environmental conditions. It involves spraying a substrate with a molten or semi-molten material which creates a hard coating.

The coatings are strong and dense and thus make the technique a great option for refinishing as well as equipment protection.

https://freeappshacks.com/suspension-plasma-spray-process-applications-and-benefits/https://freeappshacks.com/wp-content/uploads/2021/10/unnamed-2.jpghttps://freeappshacks.com/wp-content/uploads/2021/10/unnamed-2-150x150.jpg2021-10-20T00:06:00+01:00Cookie MonsterEducationbenefits of sps coatings,plasma spray process,suspension plasma spray
Plasma spraying is a technology that is used to apply ceramic, metal, or cermet coatings on a substrate in many industries. The coatings are expected to provide protection against wear and corrosion. They may also provide functional properties like thermal insulation as well as biocompatibility. This process is used...
Cookie Monster[email protected]AdministratorFree App Hacks
benefits of sps coatings, plasma spray process, suspension plasma spray
« City Cleaner 3D Modded APK Unlimited Money
All You Need to Know About MineTest and MineClone2 »